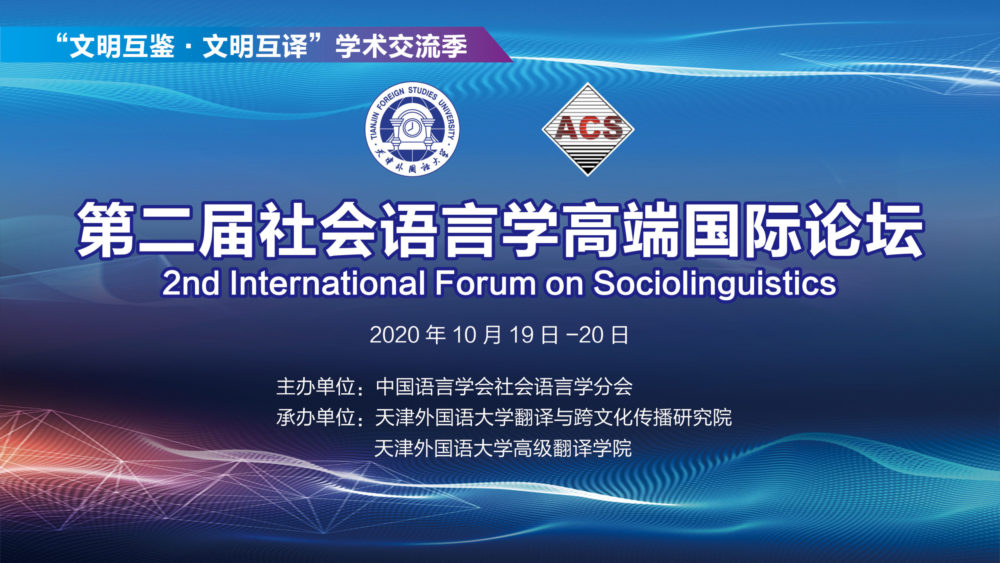 Adam Jaworski is Chair Professor of Sociolinguistics at the School of English, University of Hong Kong. His research interests include language in the context of globalization, mobility and visual arts. His latest publication is a journal special issue of Social Semiotics titled Writing (in) the City (co-edited with Li Wei). With Brook Bolander, he co-edits the book series Oxford Studies in Sociolinguistics (Oxford University Press). He is a Fellow of the Hong Kong Academy of the Humanities.

Professor Michał Krzyżanowski holds a Chair in Media and Communication Studies at Uppsala University, Sweden. He is also a Research Professor at Department of Communication & Media at the University of Liverpool, UK and its ‘Discourse and Society’ Research Group. Michał is one of the internationally leading experts in critical discourse studies of political communication, media and journalism. His key research interests are in dynamics of right-wing populist discourse, in mediation and normalisation of racism and of wider politics of exclusion as well as in diachronic and synchronic analyses of discourses and imaginaries of crisis in European and global media. Michał is the Editor-in-Chief of the international Journal of Language and Politics and a co-editor of the Bloomsbury Advances in Critical Discourse Studies book series.

Paul Kerswill is Professor of Sociolinguistics at the University of York in the UK; he has previously held positions at the Universities of Durham, Cambridge, Reading and Lancaster. His doctoral research in Bergen in Norway initiated his interest in the linguistic outcomes of migration. This was followed by a study of the dialect of the New Town of Milton Keynes in Britain and a new, mixed English dialect in the capital city, Multicultural London English, which is a youth language resulting from migration mainly from the Global South. His collaborators include Jenny Cheshire, Sue Fox, Eivind Torgersen and Ann Williams. A parallel track over the past twenty years has been his interest in language and development in West Africa. He was elected a Fellow of the British Academy in 2017.

Qing Zhang (Ph.D. Linguistics (Sociolinguistics), Stanford University) is an Associate Professor in the School of Anthropology and affiliated faculty member in East Asian Studies and Second Language Acquisition and Teaching at the University of Arizona. She trains undergraduate and graduate (M.A. and Ph.D.) students in sociolinguistics and linguistic anthropology. She is also a faculty advisor in the Joint Ph.D. Program in Anthropology and Linguistics. Her research examines the constitutive role of language in contexts of sociopolitical change and globalization with a focus on China. Her research interests include sociolinguistic variation and change, language and identity, language and gender, language ideology, language policy, and language in the media. Her works have been published in leading journals such as Language in Society, Journal of Linguistic Anthropology, Journal of Sociolinguistics, Journal of Language and Politics, and in edited volumes on language and globalization, language policy and ideology, and new discourses in contemporary China. Her book, Language and Social Change in China: Undoing Commonness through Cosmopolitan Mandarin (Routledge 2018), is an example of Third Wave Variationist Sociolinguistics and offers a model for a style-based approach to sociolinguistic change that embeds language variation and change in broader social and political processes. She serves as an editorial board member for Sociolinguistic Studies and Linguistic Compass. She is also a proposal reviewer for the National Science Foundation (Linguistics Program).

Abstract：Along with China’s rapid development of economy, aging of the population and transition of medical models, traditional linguistic taboos regarding death and dying are gradually being broken. Death and dying are being verbally expressed in various disciplines. This talk provides an overview of general situations and research regarding death and dying in a changing China, particular in the fields of health communication, planning for dying and death, and death education. Twenty years of Chinese research publications, indexed in CNKI from 2000 to 2019, shows a general increase of research, yet studies from linguistic perspectives are strikingly rare, constituting only 2.4% of the total in 20 years. The distribution of these studies is uneven in different subfields. While breaking bad news and picture books attract more research attention, other subfields are largely barren. In recent 4 years, however, there is an emerging increase in sociolinguistic research on death and dying. The talk calls for comprehensive sociolinguistic research on death and dying in local and global contexts, and makes specific suggestions for future research.

The linguistic landscape of tourist destinations works alongside other sectors of the industry to create a sense of place oscillating between “safe exoticism for the foreign tourist and textual authenticity for those who know [local languages]” (Kallen, 2009: 279; Moriarty 2015). Thurlow and Jaworski, (2015) demonstrate how signage in tourist destinations – as part of tourism discourse circulating around the world more broadly – serves as a place-making resource for the destinations themselves, and as points of reference and props for visiting tourists in their situated performances of reading, photographing and posing in front of the signs. In this talk, I discuss four genres of tourist signage: (1) names of souvenir stalls in west African tourist markets appropriating names and logos of ‘global’, or ‘first-world’ department stores and supermarkets (e.g. Harrods, Safeway; Galeries Lafayette, Tati) (Thurlow and Jaworski, 2010); (2) welcome signs, typically located in boundary or threshold locations of tourist destinations (Jaworski, 2014); (3) multi-directional signposts situated in scenic or particularly ‘remote’ places, indicating distances to/from a range of worldwide destinations; (4) 3-D place names in city centres. A detailed analysis of the stylistic and material aspects of these multimodal signs as well as their emplacement and uptake by tourists, suggests a polycentric and multi-scalar (Blommaert, 2015) organization of tourist destinations. I conclude by discussing how linguistic landscape offers evidence of tourism operating across the fault lines of locality and globality, egalitarianism and elitism, conviviality and conquest.

This plenary lecture points to the origins and evolution of the notion of ‘discursive shifts’ which I have introduced and elaborated in my work within Critical Discourse Studies (CDS) over the last decade. Initially introduced mainly as a general-interpretive concept in the context of analyzing European Union policy discourse (see especially Krzyżanowski 2013a, 2015), the notion of ‘discursive shifts’ has eventually been broadened significantly as well as applied across a variety of genres of mediated and political discourse. The notion has also become one of the key tools in both interpretive and analytical work of the CDS in the context of neoliberalism (Krzyżanowski 2016) or right-wing populism (Krzyżanowski 2012, 2013b, 2019, 2020a; Krzyżanowski and Ledin 2017) as the leading ideological projects leading to growing social inequalities and to political radicalization. As I will argue in my presentation while drawing on the example of ‘discursive shifts’, the process of building theories and interpretive as well as analytical concepts in CDS and wider discourse studies takes place along various types of, often interchangeable, trajectories. These include, very prominently, the strong problem-orientation and alignment with the contextual logic while, however, assuming that various formats of seemingly alike discursive shifts might be taking place across different national and other contexts (see e.g. Krzyżanowski 2018 a,b). But, as I will also show – mainly while using the example of the variety of formats of discursive shifts geared towards normalization of various forms of uncivility and social exclusion (Krzyżanowski 2020 a,b) – other discourse trajectories may and would often play an equally significant role as well as necessitate elaborating various forms of discursive shifts in not only discursive or linear way typical for (critical) discourse research but also following a retroactive or recursive discourse logic.

Language, migration and the nation in Europe and China: fragmentation and integration
Paul Kerswill University of York，UK

Europe and China are two large, diverse geographical entities strongly differentiated by their state formation and ideologies. While Europe has myriad nation states, some no more than a couple of hundred years old and many very small, China has for millennia had a powerful centralising ideology. Both entities are also multilingual, with similar numbers of languages: 200 in Europe and – despite being a single polity – 300 in China. I want to consider the relationship between the fact that migration in Europe today mainly involves people moving across national and linguistic borders, this is not so in China. Chinese migrants move across a region with local languages, but with a strong, well-supported national language. In this talk, I consider migration flows which have taken place in the last 40 years. Starting with Europe, we see the migration of people from all over the world, particularly from previously colonised countries, such as Algeria or Morocco in France, or Jamaica, India and West Africa in the UK. This has massive consequences for the language ecology of the host countries – that is, which languages are spoken by whom and for what purposes, and we can see differences between the different countries. It also has consequences for the host languages themselves – I will discuss German, Norwegian and English – because new, mixed versions have arisen. China has seen one of the greatest migrations ever recorded. Despite the hegemony of the national language, different dialects are now in contact as never before, and we see the effects of this contact on these dialects, as well as an increase in code-switching and (ironically) in the use of the national language. I will cite recent studies from a number of Chinese provinces. Finally, I contrast the situations in Europe and in China.

There is not yet an agreed understanding of the origin of sociolinguistics though there are many attempts at understanding it. One of the reasons for the different understandings is that there are different ways of understanding it. For example, one may understand the origin of sociolinguistics by way of exploring in literatures the uses of terms relevant to sociolinguistics, and others may do it by way of investigating the social background of linguistic research that gain advances from its precursors. This paper favours the latter way. It will explain why after reviewing the practices of the former one. For example, it will give an account of the social political context in which sociolinguistic research arose in the 1950s in America. It will also discuss the sociolinguistic view of language which is different from that of Saussure’s. By so doing this paper highlights a point that the advances in linguistics is necessarily a result of linguists devoting their intelligence to the consideration of current social-political issues that gain wide attention. This point, so to speak, is highly relevant when linguistic innovation is wanted in a time when linguists face fundamental social changes.

Recent development in variationist sociolinguistics adopts an integrated perspective by treating linguistic variation as part of a larger semiotic system and linguistic change as integral to social change. While a large number of studies focuses on sociolinguistic variation in the production of styles, more research remains to explore linking variation to broader social-political concerns. This paper contributes to the latter area of scholarship by examining the ways through which enregistered variation participates in changing cultural frameworks of value. Drawing on data from Mandarin Chinese in the rapidly changing social landscape of China, the paper demonstrates that sociolinguistic variation is swept up in broader cultural frameworks of value through 1) its use in the performance of shifting personae and 2) construals of the qualities associated with such personae in metasemiotic discourse. 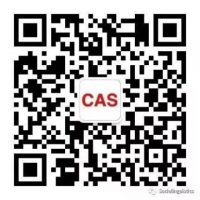 Reflections on ‘Discursive Shifts’: On Possibilities and Challenges for New Analytical and Interpretive Concepts in Critical Discourse Studies – Michal Krzyzanowski 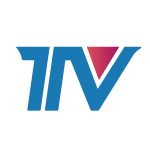